One of the side effects of Dracula—the Gothic horror novel by Irish author Bram Stoker—was that it transformed Transylvania, a perfectly real Romanian region, into a mythical realm, a “cursed spot, from this cursed land, where the devil and his children still walk with earthly feet!” as the writer put it.

Since Stoker had never seen the place himself, he craftily compiled information for his 1897 novel from books written by British travel writers. He got some of the details right: the “robber steaks” (grilled beef kebabs called rablóhús) and national dish mămăligă (a cornmeal porridge); sweet Golden Mediasch wine; descriptions of the folk wear; the roadside crosses; and the culturally complicated mix of Magyars, Saxons, Székelys, and Wallachians.

(Related: Peek inside the fortress known as “Dracula’s Castle.”) 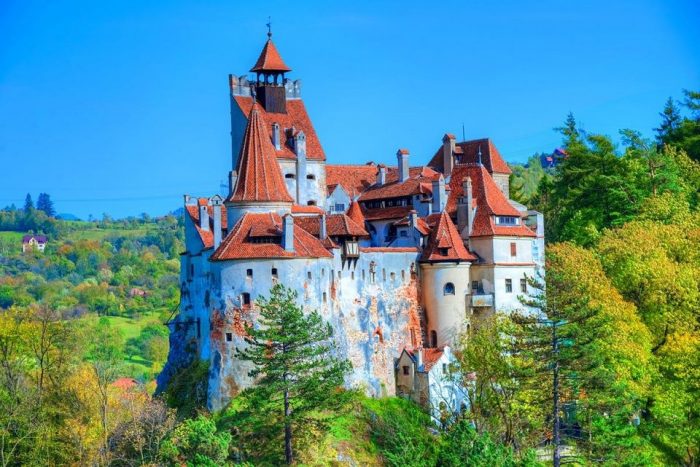 What Stoker missed is what Transylvania should be known for: its pastoral, old-Europe feel. Cosmopolitan Cluj is a base for exploring rural Transylvania’s wildflower meadows, storybook castles, and cobbled-lane villages. For families increasingly tethered to technology, a future farm stay here would be a chance to unplug, to spend time instead traveling by horse-drawn cart, hiking in the wooded Carpathian Mountains, and helping with chores like milking sheep, collecting eggs, and piling haystacks.

Transylvania’s bucolic charms have long captivated the Prince of Wales, whose foundation funds local architectural heritage preservation projects. “It’s the timelessness of it which is so remarkable,” the future king says in the travel documentary Wild Carpathia, “almost out of some of those stories one used to read as a child.” —Catalin Gruia, Nat Geo Traveler Romania